We offer a no frills ordering and free delivery service for 3D and 6D Pictures Ltd and the Woolworths Museum. Simply choose an item, pay by Paypal and we'll despatch your order, first class, within 24 hours. 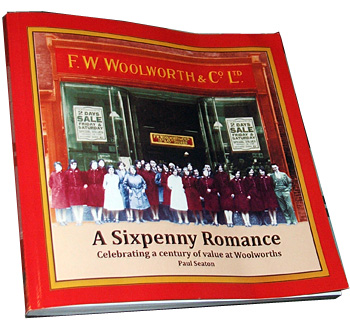 'A Sixpenny Romance, celebrating a century of value at Woolworths' Book.

Lavishly illustrated, this 194 page book by Paul Seaton explores the origins of the British store chain in the USA in the late 19th century, the rapid expansion in the UK and Ireland before World War II as a fixed price store, the heyday in the 1950s and 1960s as the market leader, and the way the business adapted to changing times and remained profitable into the 2000s. It also examines the mistakes made in the 21st Century, leading to the dramatic collapse in 2008, as Woolies approached its hundredth birthday. More. Preview. 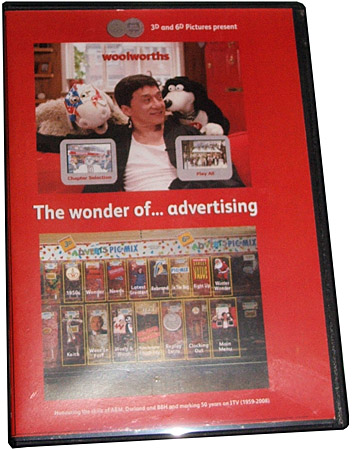 'The wonder of... advertising' DVD

Relive the famous TV ads that used to mark the arrival of the Christmas season (and other occasions through the year). The DVD has examples from every campaign shown on ITV and in the cinema from 1959 to 2008. From Keith the Alien, Sir Harry Secombe as the Genie of the Lamp, to Wooly and Worth facing Jackie Chan and Darth Vader in the Noughties, meet them all (except of course the stars who are now in jail)! Running time approx. 1 hour. Supplied on an original WorthIt! DVD-R with illustrated slipcase. More. Preview. 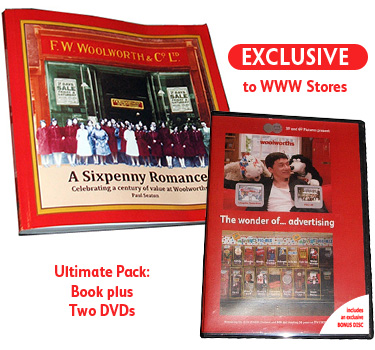 Our exclusive Ultimate Woolworths History Bundle offers the definitive company history in the UK, 'A Sixpenny Romance', plus the popular 'Wonder of... Advertising' DVD at a saving of £4.98 off the price of buying these items individually. As a special extra, it also includes a bonus DVD with a film about the company's history and the story of the chain's popular multi-million selling own label music, which was a firm favourite for almost 100 years. The two DVDs are presented in a double slipcase, on original WorthIt! DVD-Rs, Preview.